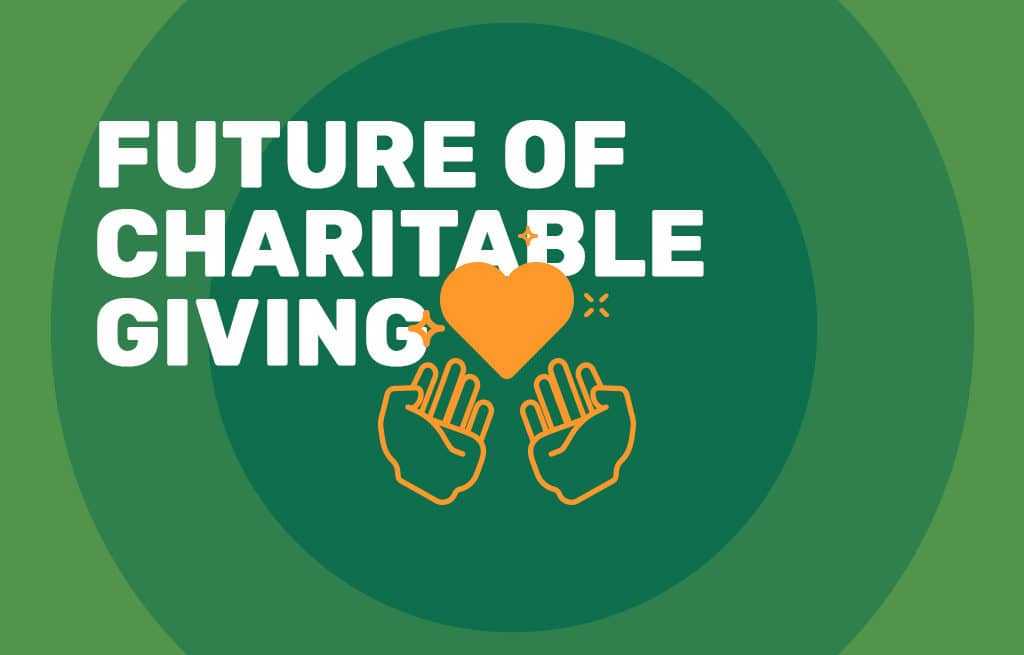 What does the future hold for charitable giving?

To answer this question, we must first look into the charitable giving data of this past year.

In 2017, Giving USA published that the gifts of Americans to charitable causes ended with a record-breaking $410 billion high-water mark, a 5.2% increase over the giving of 20161. 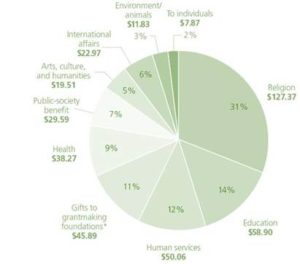 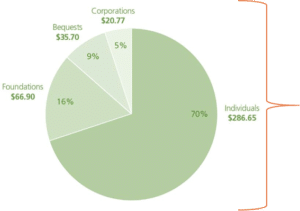 What is responsible for this growth in giving?

In 2017, all four sources of charitable giving increased: individuals by 5.2%, foundations by 6%, bequest by 2.3%, and corporations by 8%.1 Key economic indicators, such as GDP and personal consumption, also showed strong growth in 2017.1

Where is this giving coming from?

The giving is primarily coming from the top end of the spectrum, the wealthiest people and organizations.

In 2017, mega-gifts grew from $1.495 billion to $4.1 billion, even with the floor of a mega-gift growing from $200 to $300 million.1 Giving to foundations represented the largest gain, 15.5%, in any sector of giving, due to several mega-gifts, mainly from tech donors, like Bill Gates and Mark Zuckerberg, and notably bequest gifts by David Rockefeller and Henry Hillman.1 Between foundations and donor advised funds, a large portion of mega-gifts and contributions from wealthy donors are parked in intermediary operations.1

What does all this giving from the top mean?

The rising figures in giving at the top suggests trouble in distribution of giving in the donor base.

Deeper analysis of the dynamics impacting the donor base suggests that income inequality is impacting giving trends.

While giving is consistently around 2% of GDP,3 who is giving is changing…

What does this mean for the future of charitable giving?

It means that we are preparing for the ‘Silver Wave’, the largest transfer of wealth in history, as nonprofits stand to make extraordinary gains in bequest giving as about 10,000 Baby Boomers enter retirement each day.7 Though as of 2017, a majority of Americans do not have a will, approximately 60% of Boomers do.8

It is projected that Boomers will drive $9 trillion transfer of wealth over 10 years, and $97 trillion over 50 years.9

Heather Joslyn of The Chronicle of Philanthropy gives a good idea of what this would look like for charitable giving, “If only 5 percent of the assets projected to pass from Americans’ estates over the next decade were captured for philanthropy, it could create the equivalent of 10 Gates Foundations.”10

This is great for the future of charitable giving, right?

A major monetary transfer of this nature was projected in the past (with the aging of the Greatest Generation), and fell short of expectations.

The late 1990s coincided with a boom in the establishment of private foundations – growing from around 32,000 in 1990 to over 86,000 in 2014).11 There has been a growing trend of ‘giving while living’ that could impact bequest giving by high-wealth individuals.12 People are also living longer (yay!) resulting in a delay in the roll out of these gifts.13

Stay tuned to our next post to see how tax reform will impact the future of charitable giving! 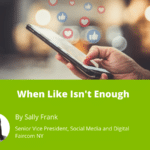 As fundraisers we know that like is the first step to love. But we want more than like and love… we want to be showered with gifts. 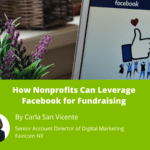 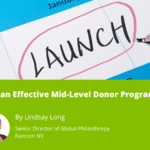 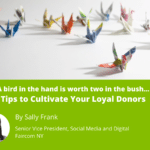 Let’s all put on our thinking caps, get creative, and get out there and thank our donors from the bottom of our hearts.
Menu